Time has been flying by, it feels like an age since we drove across Spain bringing ourselves and some of our workout kit back to Ibiza. The season started with a bang with two fab groups for our first Optimal Fitness retreat, plus a load of bespoke fitness, yoga, SUP, weight loss and detox clients. 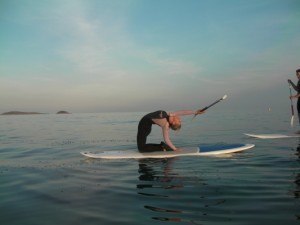 Since then we haven’t stopped, it’s been fab! As well as training with all our clients and slotting in our own training, some of the team have now started weekly sessions where we take it in turn to train each other. Great for picking up tips, good fun and brilliant for team building. 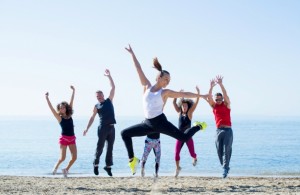 With all the early starts and hard training team nights out have been thin on the ground, in fact a rare weekend off saw Kelly and James head over to Formentera to run the 8km race over there – so much for R&R! Next year it’s going to be the 21km half marathon, from one end of Formentera to the other. It’s such a fun atmosphere over there with loads of competitors and supporters, DJs on the finish line in the port and groups celebrating everywhere afterwards – maybe we should take some clients over for it in 2015? 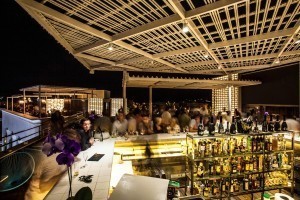 Heading into June we’re excited about the arrival of some more new SUPs to expand our fleet, and the hotel roof has been refurbished with Michelin starred chef Sergi Arola launching a tapas restaurant up in the new space there. 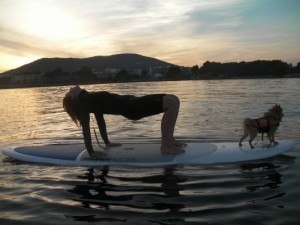 Hard to believe that there’s just 5 months left of the summer season, plenty of time for us to launch some new concepts though, watch this space.